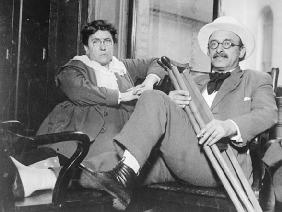 Feedback
Flashcards & Bookmarks ?
Please log in or register to use Flashcards and Bookmarks. You can also log in with
Flashcards ?
My bookmarks ?
+ Add current page to bookmarks
Mentioned in ?
References in periodicals archive ?
Skirting what its members understood to be the staid and overly serious language of both old and new Marxist-Leninist traditions, Yippie's anarchist politics was eclectic, flexible, and rigorously nonsectarian.
The blurred boundaries of anarchism and punk in Vancouver, 1970-1983
Given that he highlighted the intimate links between arts and anarchist politics, it seems strange that Anarchism attaches very little importance to the role of the arts and artists in anarchist history.
George Woodcock: the ghost writer of anarchism
Despite these analytical obstacles, this chain of letters shows Woodcock's efforts to construct a distinctive anarchist politics that offered a creative reading of anarchism's past.
Memory, history, and homesteading: George Woodcock, Herbert Read, and intellectual networks
decades, two major articulations of an anarchist politics of technology
Whose streets? Anarchism, technology and the petromodern state
A thoughtful anarchist politics of technology must place these ecological considerations at their core.
Toward a peak everything postanarchism and a technology evaluation schema for communities in crisis
and issues of identity within anarchist politics' [p.88]); the influence of the modern drama - notably Ibsen and Shaw - in the development of Emma Goldman's views on literature; the anarchistic tendencies in Eugene O'Neill's plays, whose writing was influenced by Benjamin Tucker's own brand of stirnerian individualism; the libertarian urges of the Living Theatre; and finally some quite enlightening pages on 'the anarcho-punk ethos of "do-it-yourself " cultural production' (p.107).
Jeff Shantz, Against All Authority: Anarchism and the Literary Imagination
The mostly young people involved in this anarchist politics and activism were connected through a series of predominantly white and middle-class subcultural scenes, often rooted in punk rock, across the US and Canada.
Building 'another politics': the contemporary anti-authoritarian current in the US and Canada
Reading the theory of mutual aid through this lens, he challenges readings of Kropotkin's work which emphasise his fatalism, and argues that his concept of evolutionary change was fully compatible with his anarchist politics. The issue ends with a debate between David Goodway and Allan Antliff on Herbert Read.
Editorial
Because there is little or any reflection on the structural dynamics that link these area studies, what results is thoughtful journalism informed by anarchist politics rather than persuasive analysis of the feasibility of anarchism to inform the transforming of these political crises.
Deepening anarchism: international relations and the anarchist ideal
He persuasively argues that all too often academic courses on anarchy becomes an 'endless rehashing of the deeds and ideas of bearded nineteenth-century European males' (p169), when they ought to be spaces for 'the elaboration of ideas and knowledges useful to further developing anarchist politics ...' (p169).
Contemporary Anarchist Studies: An Introductory Anthology of Anarchy in the Academy
Thanks largely to the efforts of Saul Newman, we now refer to the site where post-structuralism intersects anarchist politics as 'postanarchism.' The term postanarchism appears to derive from the works of Hakim Bey, via Jason Adams (Day 160).
Unstable Universalities: Poststructuralism and Radical Politics