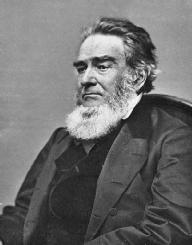 Edward Bates served as U.S. attorney general in the cabinet of President Abraham Lincoln from 1861 to 1864.

Bates was born September 4, 1793, in Belmont, Virginia. He left his native Virginia at the age of twenty-one and settled in Missouri, where he concentrated his career efforts.

Bates was admitted to the Missouri bar in 1816 and was attorney general from 1820 to 1822. He was also a member of the Missouri Constitutional Convention in 1820.

"Liberty cannot exist except under government of law."
—Edward Bates

Bates was an unsuccessful presidential nominee at the Republican National Convention of 1860. He died March 25, 1869, in St. Louis, Missouri.