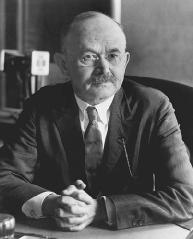 Benjamin Barr Lindsey achieved prominence for his work in the juvenile court. Lindsey was born November 25, 1869, in Jackson, Tennessee. He received honorary degrees from the University of Denver and Notre Dame University and was admitted to the bar in 1894. In 1928 he was also admitted to the California bar.

As a recognized expert in the field of juvenile delinquency, Lindsey initiated many successful programs concerned with rehabilitation of minors. For example, he introduced the honor system, first used at the Industrial School in Golden, Colorado, which allowed boys the freedom to be unattended. Out of several hundred boys there, only five did not adhere to the code of honor. He was also instrumental in the enactment of legislation in Colorado that recognized the Negligence of parents as a contributory factor to the delinquency of juveniles.

In 1928 Lindsey moved to California where, in 1934, he sat on the bench of the superior court. In 1939 he became the first judge of the California Children's Court of Conciliation, a court he helped to create.

Feedback
Flashcards & Bookmarks ?
Please log in or register to use Flashcards and Bookmarks. You can also log in with
Flashcards ?
My bookmarks ?
+ Add current page to bookmarks
References in periodicals archive ?
Banned from Billesley: From left, Kraig Sarapuk, Sam Griffiths and Ben Lindsey and, top right, Shane Jelley.
YOB GIVEN BAN No2 IN FRESH CITY BLITZ ON LOUTS; Police and council link up in anti-crime drive
van de Velde and by the American Judge Ben Lindsey, only concentrating later on Marta Hegemann's life as the married partner of Anton Raderscheidt.
Visions of the Neue Frau: Women and the Visual Arts in Weimar Germany
She even considered alternatives to a traditional marriage, like Judge Ben Lindsey's description of marriage as the "love of one man for one woman....
"Dreams never to be realized": emotional culture and the phenomenology of emotion
Now the Beavers, 8-8 overall, tangle with Arizona, a program they have not defeated in Tucson since 1983, when the late Ralph Miller was coaching OSU and Ben Lindsey was the Wildcats' coach, one season before Olson arrived.
Beavers carry streak to the desert
While these notions initially emanated from somewhat Bohemian radicals, they were picked up by solid American authorities like Judge Ben Lindsey: "I believe that I have enough evidence to justify the conclusion not that this change in our sexual mores is going to take place at some time in the future, but that it has already taken place and is developing and crystallizing into a tacitly recognized and increasingly tolerated code."(49) New behaviors gave credence to these claims.
Men and romantic love: pinpointing a 20th-century change
Legal browser ?
Full browser ?
CITE
Site: Follow: Share:
Open / Close