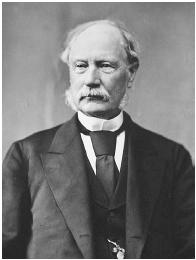 David Dudley Field secured a place in the nineteenth century as a commanding legal reformer. The primary achievement of the New York lawyer was his Codification of the common laws of the United States. In addition, Field was among the most successful commercial and constitutional lawyers in New York. The cases he took on often anticipated those of the modern, made-for-hire corporate lawyer. Field also made contributions to the national political scene. In different capacities, both before and after the Civil War, he managed to represent the constitutional interests of both the Democratic and Republican Parties. As a Northern opponent of Slavery, still sympathetic to the rights of Southerners, he pursued a fight for justice for the common person on legal and moral grounds. At the same time, his somewhat radical belief in the need to streamline law incited considerable resistance. During and after his lifetime, lawyers and others remembered him as a champion for the progress of procedural law throughout the United States. His lifelong goal of extending justice to the common person left a lasting impression on the U.S. legal system and, to some degree, on the rest of the world.

Field was born February 13, 1805, in Haddam, Connecticut, into a remarkable, aristocratic family. Nearly all the Fields of that era achieved a degree of success. Field's grandfather Captain Timothy Field, of Guilford, Connecticut, set the standard by fighting in the Revolutionary War. Field's father, the Reverend Dr. David Dudley Field, was educated at Yale College, became a minister, and received his doctorate at the prestigious Williams College. Field's three brothers also obtained influence; in particular, stephen j. field became a justice of the U.S. Supreme Court.

Field followed his father's lead by also studying at Williams. He left the school in 1825 and began the study of law in the office of Hermanus Bleecker of Albany, New York. In 1828, he was admitted to the bar as an attorney, and in 1830, he was appointed a counselor. He went on to practice law with his former teachers from Williams, Henry Sedgwick and Robert Sedgwick.

The tasks Field took on as a lawyer indicated a daring side. Jeremy Bentham, an English economic and legal philosopher and contemporary of Field's, characterized the legal system of the day when he quipped, Do you know how judges make the common law?—Just as a man makes laws for his dog. Before Field's initiatives, the only way for persons to know the state of the law was to look through collections of court opinions. Field, Bentham, and others found this recourse unsatisfactory.

With his goal "to bring justice within the reach of all men," Field set out to put the rules of law into a single book, through which persons could determine their rights. His proposals for procedural codes rested on four basic principles: One, pleadings are meant to state facts truthfully and to then prove those facts by trial. Two, equitable defenses and counterclaims are available in all trial proceedings. Three, the court holds the power (formerly held by the chancellor) to compel parties to testify and to produce evidence. Four, evidence at the trial that varies from the Pleading is a ground for the dismissal of the action. The development of these principles introduced a new set of procedural standards that he hoped the legal system would follow.

In 1839, Field drafted a collection of codes intended for adoption into state constitutions. The codes comprised 371 sections, filling fewer than 70 pages. The groupings of legal principles under a code of procedure, a political code, a civil code, a code of Criminal Procedure, and a penal code treated law in the essential terms of Civil Rights and due remedies.

Ironically, Field's codes faced their strongest resistance in New York. Lawyers throughout the East feared that the codes would interfere with the progress of law as they knew it. Nevertheless, New York enacted Field's code of procedure in 1848. In 1881, the state also passed his penal code. The rest of Field's codes, although passed by both houses of the New York Legislature, were never signed into law. The codes did better elsewhere, particularly in the West. There and throughout the United States, 24 states enacted them. California enacted the civil code in 1872, aided by the Lobbying efforts of Field's brother Stephen, then a practicing lawyer in the state.

Meanwhile, Field did even more to establish his reputation as a controversial figure. He had been a Democrat through much of his early life. Starting in the 1840s, however, he broke sharply with party lines over the annexation of Texas. Democrats sought to expand slavery by permitting it in that state. Field objected and instead supported antislavery Republicans. In fact, some politicians credited Field with contributing a key influence in the nomination of Abraham Lincoln as the Republican presidential candidate in 1860.

However, labels could not stick to Field. Even as an opponent of slavery, he defended the rights of Southerners after the Civil War by challenging certain Republican Reconstruction laws. In ex parte milligan, 71 U.S. (4 Wall.) 2, 18 L. Ed. 281 (1866), Field argued successfully that a Reconstruction military commission could not constitutionally convict a Southern civilian, Lamdin B. Milligan, of previous actions as a Confederate. And in Cummings v. Missouri, 71U.S. (4 Wall.) 277, 18 L. Ed. 356 (1867), he successfully argued against a Missouri Constitution provision that would have prevented former Confederates from holding office.

"Never is it safe to entrust any man or set of men with the absolute government of other men."
—David Dudley Field

In addition to legal reform, Field established himself as a representative of other unpopular causes. He continued in this role while representing James Fisk and Jay Gould. His clients faced accusations of manipulating the Erie Railroad system for illegal profit. The case drew considerable attention in the late 1860s from Field's critics around the nation. Fisk and Gould had already become notorious from charges of corruption thrown at them. Field's record of serving in heated cases added to his detractors' ire. In successfully defending the two, he faced criticisms of implementing his own legal codes for personal gain. Newspapers charged him with unethical abuse of the legal system. A group of lawyers even threatened Field with punitive action. However, only the formation of the Association of the Bar of the City of New York ensued. The association, the first of its kind, sought to raise the professional standards of lawyers because the founding members believed Field had demeaned the profession.

In 1873, Field began representation of William M. "Boss" Tweed, one of New York City's notorious city bosses. Tweed served as a member of Congress, a New York State Senator, an alderman, and in several other roles. He also became the "boss" of the Democratic Party of the city and state of New York, developing a political machine known as Tammany Hall. The organization controlled most of the New York government by the late 1860s, yielding an estimated $200 million of criminal funds through a variety of corrupt practices. Field represented Tweed when the latter was brought to trial for corruption. After the first trial resulted in a hung jury, Tweed was convicted after a second trial and sentenced to 12 years in prison, though he died in 1878.

Field's influence extended beyond the United States. Traveling extensively throughout his life, Field also created a code of International Law, first drafted in 1872. Great Britain received the code with the most welcome. The country adopted substantial aspects of Field's American Code of Procedure. Other sets of codes went on to influence countries throughout Europe and the rest of the world. In fact, Field was surprised to discover, during a trip to Asia in 1874, that the Indian legal system had implemented his procedural doctrine.

Field served briefly as a member of Congress in 1877, filling out the unexpired term of Smith Ely, who had been elected as mayor of New York City. Field continued to give speeches and draft papers through the 1880s. He died in New York City, at the age of 89, on April 3, 1894.

Code Pleading; Field Code of New York; "What Shall Be Done With the Practice of the Courts?" (Appendix, Primary Documents).

Feedback
Flashcards & Bookmarks ?
Please log in or register to use Flashcards and Bookmarks. You can also log in with
Flashcards ?
My bookmarks ?
+ Add current page to bookmarks
Mentioned in ?
References in periodicals archive ?
David Dudley Field, while at the time representing corporate giants, genuinely believed in Jeffersonian ideals and was passionately concerned about individual freedoms and the rights of others outside of his socioeconomic class.
Subrin, David Dudley Field and the Field Code: A Historical Analysis of an Earlier Procedural Vision, 6 LAW & HIST.
Procedure, politics, prediction, and professors: a response to professors Burbank and Purcell