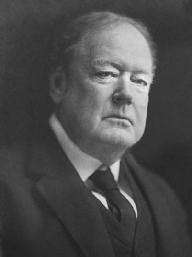 In his three decades as a lawmaker and justice, Edward Douglass White left a powerful and sometimes controversial mark on American law. White's career spanned from the end of the nineteenth century to the early years of the twentieth. From 1891 to 1894, he served as a U.S. Senator from his home state of Louisiana, distinguishing himself by almost single-minded devotion to the state's farming interests. His appointment to the U.S. Supreme Court came in 1894, but White delayed joining the Court until finishing political battles in the Senate. In 1910 he became the first associate justice to be made chief justice, a position he held until his death in 1921. White's legacy includes his contribution to antitrust Jurisprudence, which long shaped how the Court viewed the area of law concerned with unfair business competition.

Born on November 3, 1845, in Lafourche Parish, Louisiana, White was the son of wealthy sugar farmers. Educated in Jesuit schools during his youth, he later attended Georgetown College. From 1861 to 1863 he fought in the U.S. Civil War on the side of the Confederacy and was captured and imprisoned by Union forces. Private legal study followed the war, and after being admitted to the Louisiana bar in 1868, he established a private practice.

"The only purpose which an elaborate dissent can accomplish, if any, is to weaken the effect of the opinion of the majority, and thus engender want of confidence in the conclusions of courts of last resort."
—Edward Douglass White

The origin of White's political and judicial careers reflected the spoils systems of late nineteenth century politics. In the 1870s White served as a lieutenant to Louisiana Governor Francis T. Nicholls. Nicholls appointed him to the state supreme court in 1878, a post which lasted only until the governor's electoral defeat in 1880. But after the governor battled back into office in 1888, he appointed White to a newly vacant seat in the U.S. Senate. Serving in office from 1891 to 1894, Senator White understood how to serve the system that had created him: he used the position almost entirely to advance the interests of his state's sugar growers.

In 1894 President grover cleveland nominated White to the U.S. Supreme Court. For several weeks White, who still had the state's sugar interests on his mind, could not be persuaded to leave the Senate. He remained there to ensure passage of the Wilson-Gorman Tariff Act, a protectionist bill that served the interests of domestic sugar producers. A year later, White eagerly voted to uphold his favorite provisions of the Wilson-Gorman Tariff Act, but a majority of justices struck down those provisions in pollock v. farmer's loan and trust co., 157 U.S. 429, 15 S. Ct. 673, 39 L. Ed. 759 (1895).

White's major contribution came in the area of Antitrust Law. In the late nineteenth century, the issue of regulating business competition was a paramount issue before lawmakers and the courts. Congress passed the Sherman Anti-Trust Act in 1890 (15 U.S.C.A. § 1 et seq.) in order to combat the unfair constraint of trade that was rampant in the nation's biggest markets. Section 1 of the Sherman Act prohibits every contract, combination, or conspiracy to restrain trade. White found this provision contrary to his probusiness sentiments. He argued for reading the act objectively: constraints upon trade should be declared illegal only when they are unreasonable.

In 1911, a year after his elevation to chief justice, White persuaded a majority of the Court to accept his view. It was contained in his most important opinion as a justice, Standard Oil Co. of New Jersey v. United States, 221 U.S. 1, 31 S. Ct. 502, 55 L. Ed. 619 (1911). This landmark decision affected the course of anti-trust jurisprudence by introducing the so-called rule of reason. According to White, the Sherman Act only prohibits unreasonable restraints of trade that hurt the "public interest."

White's application of the rule of reason gave the Supreme Court more power to interpret the Sherman Act, and the approach dominated its decisions for the next two decades. Much like the earlier phases of his career, White's tenure as chief justice was marked by his changing constitutional views, and his strong belief in judicial power. He died on May 19, 1921 in Washington, D.C.

Feedback
Flashcards & Bookmarks ?
Please log in or register to use Flashcards and Bookmarks. You can also log in with
Flashcards ?
My bookmarks ?
+ Add current page to bookmarks
References in periodicals archive ?
Sculptor Bryant Baker and the Widow Leita White's remarks are preserved in a little pamphlet, bound in Confederate Gray, On the Unveiling of a Statue of Edward Douglass White, Ninth Chief Justice of the United States, At New Orleans, April 8, 1926.
The front page of Thibodaux's Daily Comet for Monday, March 14, 1994, proudly catches Justice Antonin Scalia's centennial throw from the porch of the Edward Douglass White Home: "Our history is what makes us who we are.
As the shadows lengthened for Edward Douglass White in the summer of 1921, the Newberry case fired his usually circumlocutory and doubting mind with a passionate eloquence and conviction.
The big heart, the soul, of "Father Chief Justice," it stands to reason, is Edward Douglass White himself.
Brennan, Jr., of Professor Baier's play, "Father Chief Justice": Edward Douglass White and the Constitution,--"but none more so than when you are illuminating the history of the great institution to which I have devoted 40 years of my life." The play premiered March 8 (Holmes's birthday), 1997, to a standing-room only audience in the Theater of the Jean Lafitte National Historic Park in Thibodaux, Louisiana.
"Cricket on the hearth": Edward Douglass white and the constitution
Legal browser ?
Full browser ?
CITE
Site: Follow: Share:
Open / Close