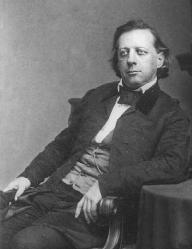 Feedback
Flashcards & Bookmarks ?
Please log in or register to use Flashcards and Bookmarks. You can also log in with
Flashcards ?
My bookmarks ?
+ Add current page to bookmarks
Mentioned in ?
References in periodicals archive ?
With her focus on Henry Ward Beecher in her third chapter, Halpern moves away from fiction proper and into the realm of oratory and public figures.
Faye Halpern. Sentimental Readers: The Rise, Fall, and Revival of a Disparaged Rhetoric
Stowe's brothers, including Henry Ward Beecher in Brooklyn, preached fiery sermons denouncing the act.
The summer of Uncle Tom
While a discouraged mass remained outside barred from the event, thousands crammed inside Cooper's great hall were treated to the oratory of Henry Ward Beecher (1813-1887), "the most famous man in America." Eighteen years earlier Beecher had been President Lincoln's selection as principal speaker at the official ceremonial raising of the American flag at Ft.
Optimistic evolutionists: the progressive science and religion of Joseph LeConte, Henry Ward Beecher, and Lyman Abbott
THE MOST FAMOUS MAN IN AMERICA: THE BIOGRAPHY OF HENRY WARD BEECHER By Debby Applegate Doubleday, 584 pages, $27.95
Lionized in his own time, half-forgotten in ours
Way back in 1870, the noted orator and minister Henry Ward Beecher appeared in a Harper's Weekly ad touting Waltham watches.
Does Cindy work?
The latter provoked a major scandal in the early 1870s when she publicly accused Henry Ward Beecher, Victorian America's leading minister, of adultery.
The Beecher Sisters
"Every man should be born again on the first day of January." Henry Ward Beecher wrote.
Ringing in the new! Featuring the annual celebration and the celebrated post artists who captured the spirit of this American New Year's tradition
Henry Ward Beecher said, "Pride slays thanksgiving, but a humble mind is the soil out of which thanks naturally grows.
One of the keys to life
Episcopal clergyman Phillips Brooks was one of the nineteenth century's "princes of the pulpit," along with others such as Henry Ward Beecher and Dwight L.
Brahmin Prophet: Phillips Brooks and the Path of Liberal Protestantism
Rehr quoted Henry Ward Beecher, noting that "Greatness lies not in being strong, but in making the right use of strength."
NBWA/Brewers Legislative Conference held in D.C
Genealogical records show that there is not a relation between his family and the more famous Bullard family of Eunice Bullard Beecher, the wife of Henry Ward Beecher; see E.
Laura Jane Curtis Bullard (1831-1912)
Al Roker and Deborah Roberts, the television news power couple, will be among guest readers at the African-American Children's Festival to be held at the historic Plymouth Church in Brooklyn Heights, the church of abolitionist Henry Ward Beecher. The festival will be Saturday, December 6th, 2003 from 10:00 a.m.
Signings & sightings