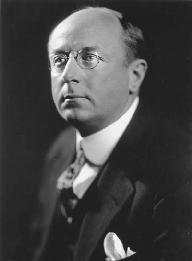 Homer Stille Cummings was the 55th attorney general of the United States, serving from 1933 to 1939 in the administration of President franklin d. roosevelt. Cummings was a Democratic Party leader and an advocate for reform of prisons in the United States. He was instrumental in establishing the Alcatraz Island Prison, which was envisioned as a model for housing maximum security-level inmates in the federal prison system.

Cummings was born in Chicago, Illinois, on April 30, 1870. He attended Yale University where he received his undergraduate degree in 1891 and two years later, his law degree. Cummings was admitted to the Connecticut bar in 1893 and began a private practice in Stamford. He rose in prominence as a litigator, becoming a member of the New York bar. He also was admitted to practice before a number of federal district courts and the U.S. Supreme Court.

Cummings became involved with the Democratic Party and was elected mayor of Stamford for three terms. He also served, from 1908 to 1912, as the city's corporation counsel. In 1902, Cummings ran for a seat as congressman at large from Connecticut and lost; he also ran unsuccessfully for a U.S. Senate seat in 1916. Cummings's entry on the national scene began when he served seven terms as a delegate at large to the Democratic National Convention. From 1919 to 1920, he was chairman of the Democratic National Committee.

Beginning in 1914, Cummings served for a decade as the state's attorney for Fairfield County, Connecticut. His interest in the topic of prison reform paid off in 1930 when he was appointed chairman of Connecticut's Committee on State Prison Conditions. Cummings's long years of labor on behalf of the Democratic Party and his work on the successful 1932 presidential campaign of Franklin D. Roosevelt were rewarded. In 1933, President Roosevelt appointed Senator Thomas J. Walsh of Montana to be his attorney general, but Walsh died suddenly of a heart attack on a train trip to Washington, D.C., to attend the presidential inauguration. Roosevelt then appointed Cummings as U.S. attorney general. Cummings turned out to be the first of four attorneys general appointed by Roosevelt, the nation's longest-serving president.

The 63-year-old Cummings's interest in and experience concerning prison reform proved to be significant in his work as attorney general. Cummings proposed and oversaw improvements in various prison conditions and in the general operation of the Federal Bureau of Prisons that had been established in 1930 to oversee the 11 federal prisons that then existed.

With public fear escalating over the 1932

Kidnapping of the baby son of national hero Charles Lindbergh, an expanding list of "public enemies," and mob violence at a peak, Cummings also advocated for the establishment of a maximum security prison for the nation's most dangerous criminals. He chose Alcatraz Island, located in the San Francisco Bay, to house the country's most dangerous criminals. Nicknamed "Uncle Sam's Devil's Island," the prison opened in 1934 and quickly entered the public imagination as a symbol of the tough punishment to be dealt out to the worst offenders.

In 1937, after the conservative U.S. Supreme Court had overturned much of Roosevelt's New Deal legislative reforms that focused on moving the country back on the road to economic prosperity, Cummings drafted a proposal that came to be known as the court-packing plan. Enthusiastically endorsed by Roosevelt, the plan would have given the president the power to appoint a new judge for each incumbent judge who was 70 or older. Because six of the nine justices were over the age of 70, the new law would have meant a Supreme Court with 15 members. While the president and his attorney general saw the proposal as a way to get around the fact that Supreme Court justices have lifetime tenure, such a drastic change in the composition of the court was too much even for the Democratic Congress, and the bill failed. Chief Justice Charles Evans Hughes and Associate Justice owen roberts began to vote more often with the more liberal justices, however, thus allowing Roosevelt to proceed with many of his economic reform measures. Many saw the failed proposal as having been the stimulus for Justice Hughes's changed voting pattern. Cummings remained as attorney general until his retirement in 1939. He died on September 10, 1956, in Stamford, Connecticut.