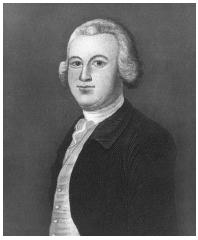 Feedback
Flashcards & Bookmarks ?
Please log in or register to use Flashcards and Bookmarks. You can also log in with
Flashcards ?
My bookmarks ?
+ Add current page to bookmarks
References in classic literature ?
The book likewise contained portraits of James Otis and Josiah Quincy.
View in context
Before the November 2016 elections, the star was vandalized by James Otis, who was then ordered to pay $4,400 for the damage and sentenced to community labor as well.
WeHo Resolution Urges Removal Of Trumps Hollywood Star
James Otis who vandalised the star in 2016 and Austin Clay who vandalised it this year came face to face over lunch, reported TMZ.
Trump star vandals meet over lunch
In a turn of events, Clay was bailed out by James Otis, the man who first destroyed Trump's star with a sledgehammer back in 2016, according to TMZ last July 25.
'Star Wars' legend Mark Hamill makes fun of Trump's destroyed Hollywood Walk of Fame star
While Senator Mike Lee gives these men their due for their role in the creation of our constitutional republic, it is his contention that others who "fought big government" have been "written out of history." In this fast-paced volume, Lee calls for greater recognition of the contributions to liberty and limited government made by Aaron Burr, Luther Martin, Elbridge Gerry, James Otis, and George Mason.
HISTORY LOST TO HISTORY: Certain Founding Fathers, such as George Washington and James Madison, are known to most Americans, but others who played dominant roles in shaping our country are obscure
In Row E, James Otis' highly stylized name appears.
Massachusetts Artifact' rich with legal history
James Otis had planned to hold a news conference in the early morning at the site of Trump's star and then surrender to police, but he was arrested beforehand.
Man who defaced Trump's Hollywood star arrested
The book also covers James Otis' celebrated speech in a Boston courtroom in 1761 against the Crown's arbitrary use of general writs of assistance.
Making Sense of Search and Seizure Law: A Fourth Amendment Handbook
One of her ancestors was James Otis, the fiery orator who kindled the fires of the Revolution.
Irrepressible Frances Perkins
vvGooglinga runner Toby Tyler 5.15 York Toby Tyler; or, Ten Weeks with a Circus was a children's novel by James Otis in the 1880s.
HORSE PLAY; Justforthefunofit
n In 2009, the sale of Mahatma Gandhi's iconic glasses and other personal effects by James Otis, an American collector led to a raging debate.
Gandhi's image on public toilet raises a stink
Legal browser ?
Full browser ?
CITE
Site: Follow: Share:
Open / Close