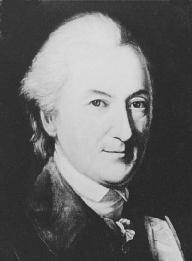 John Dickinson was born November 8, 1732, in Talbot County, Maryland. He was educated at the College of New Jersey (today known as Princeton University), where he earned a doctor of laws degree in 1768. He also pursued legal studies at the Middle Temple, Inn of the Court, England.

After his admission to the Philadelphia bar in 1757, Dickinson established a prestigious legal practice in that city and subsequently entered politics on the state level.

In 1760, Dickinson served in the Assembly of Lower Counties, Delaware, and performed the duties of speaker. Two years later, he participated in the Pennsylvania legislature, representing Philadelphia until 1764, and again, from 1770 to 1776. In 1765, Dickinson wrote a pamphlet titled The Late Regulations Respecting the British Colonies on the Continent of America Considered, which protested the passage of two unjust acts of taxation, the Stamp Act and the Sugar Act, by England. In the same year, he also served at the Stamp Act Congress and drafted a series of requests to King George III. Although he opposed many of the policies enforced by England, Dickinson favored conciliatory action over violence.

England passed the unpopular Townshend Acts in 1767, which levied tariffs on colonial imports of certain items. Dickinson composed another publication in protest, known as "Letters from a Farmer in Pennsylvania"; these letters advocated nonimportation of the taxed materials, rather than a violent reaction to the passage of the act.

Dickinson continued to serve in pre-Revolutionary War activities, including the Committee of Correspondence in 1774 and the Continental Congress from 1774 to 1776 and from 1779 to 1781. He still hoped for reconciliation with England and, as a result of this sentiment, opposed the Declaration of Independence. However, with the outbreak of the Revolutionary War, Dickinson served a tour of military duty.

"It is inseparably essential to the freedom of a people that no taxes be imposed on them but with their own consent, given personally or by their representatives."
—John Dickinson

Dickinson was instrumental in the formation of the Articles of Confederation, adopted in 1781, by serving as presiding officer of the committee appointed to compose the document and creating the outline that became the foundation of the articles. In 1787, he represented Delaware at the Constitutional Convention and advocated the ratification of the Constitution through a series of letters published under the name of Fabius.

In addition to his achievements as a statesman, Dickinson also contributed to the field of education as a founder of Dickinson College, located at Carlisle, Pennsylvania.

Feedback
Flashcards & Bookmarks ?
Please log in or register to use Flashcards and Bookmarks. You can also log in with
Flashcards ?
My bookmarks ?
+ Add current page to bookmarks
Mentioned in ?
References in periodicals archive ?
Arthur Hurst said: "I also worked in John Dickinson's from 68 till it closed, a great place to work.
6 brands you might not expect to have been made in Kirkby; Here are your memories of working in Kirkby factories and businesses
The men's triples saw Steve Slaughter against John Dickinson again with their respective teams.
Dickinson leads the way in county bowls finals
Founded in 1921, The firm of John Dickinson Schneider Inc.
KMT Medical Acquires US-Based Twenty Second Company, ABC Medical Holdings
Rev John Dickinson thanked every one for the love and support they have shown Dean's devastated family since he was last seen alive on July 13.
Dean, a genuine friend with a heart of gold; TRIBUTES AS TRAGIC BARBER BURIED
Ross John Dickinson, 32, and Paul Eric Gardner, 82, were among those killed on the B5106.
Tributes paid as three die in head-on collision
Prompted by a question from a student, the author of this study began to research John Dickinson, the Pennsylvania lawyer who wrote Letters from a Farmer in Pennsylvania.
The Founding Conservatives: How a Group of Unsung Heroes Saved the American Revolution
One of these commissions was to paint John Dickinson, head of a marine engineering firm John Dickinson and Sons of Palmers Hill Engine Works here in Sunderland.
Sunderland museum to showcase the highlights of the two leading artists; Sunderland displays highlight works of two leading artists; painter and illustrator Lawson Wood and Ralph Hedley and how their links to Wearside
John Dickinson, of Public Interest Lawyers (PIL), which represented the Iraqi claimants, said the money covered five years' work by three people at the firm, housed in the Jewellery Quarter.
Law firm made PS900k from Iraq claims
Attorney General and Beccaria devotee; John Dickinson, the "Penman of the Revolution" who wrote of Beccaria's "genius" and "masterly hand"; James Wilson and Dr.
The Birth of American Law
In this latest volume in the Lives of the Founders series, Murchison makes the point that John Dickinson would surely be remembered among the first rank of American Founders if he had not voted against the Declaration of Independence.
The Cost of Liberty: The Life of John Dickinson
Club secretary John Dickinson said: "Phil was a well liked and respected member and instructor who for many years ran our mid-week gliding operation during the summer months, transferring his enthusiasm for gliding to everyone he ew with.
Tribute to holidaymaker killed in motorbike crash; In Brief
John Dickinson, of PIL, said in a statement: "From the outset the families have had the simple objective of discovering the extent of any wrongdoing and, if so, how it came about and who was responsible.
No evidence of 'unlawful killings'