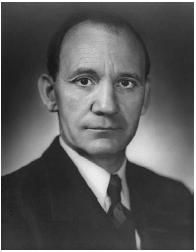 John Little McClellan served as a U.S. senator from 1942 to 1977. During the 1950s, McClellan rose to national prominence for his opposition to the methods used by Senator joseph r. mccarthy in investigating alleged Communist subversion. McClellan succeeded McCarthy as chair of the investigating subcommittee and conducted probes of union corruption, graft, and Organized Crime between 1955 and 1973.

McClellan was born on February 25, 1896, in Sheridan, Arkansas. He was admitted to the Arkansas bar in 1913 and served a tour of military duty in World War I. He maintained a private law practice in Arkansas before becoming a prosecuting attorney in 1927. McClellan left the post in 1930 to resume private practice, but abandoned law for Democratic Party politics in 1935, when he was elected to the U.S. House of Representatives. In 1942 he began a career in the U.S. Senate that would span thirty-five years.

"Mounting crime and corruption are insidiously gnawing at the vitality and strength of our republic."
—John Mcclellan

McClellan was largely unknown outside of Arkansas until the 1950s. In 1953, he was named to the special investigating subcommittee headed by Republican Senator Joseph R. McCarthy of Wisconsin. McCarthy had become a national figure for his controversial charges of Communist subversion in the State Department and other divisions of the federal government. McCarthy was a master of the media, attracting front-page coverage for his allegations. However, his use of the investigating committee angered McClellan, who objected to McCarthy's unsubstantiated accusations and to his brow-beating of witnesses.

In 1954, following a contentious, thirty-six day televised hearing dealing with the Army's alleged concealment of foreign Espionage, McCarthy's popularity declined. McClellan served on a committee that investigated McCarthy's actions during these hearings. The committee concluded McCarthy should be censured by the Senate for his abusive methods and for his "contemptuous" conduct toward a subcommittee that had investigated his finances in 1952. McClellan and an overwhelming majority of his colleagues censured McCarthy on these charges.

After the Democrats regained control of the Senate in the November 1954 elections, McClellan replaced McCarthy as chair of the investigating committee. In 1957 he drew national attention as chair of the Senate Select Committee on Improper Activities in the Labor or Management Field. As presiding officer, he directed investigations of several powerful labor unions. He forcefully questioned the leadership of the Teamsters Union, including Dave Beck and James (Jimmy) Hoffa. The McClellan Committee's investigation revealed that the Teamsters Union and other groups had taken union funds for private use and that there were clear links between the Teamsters and organized crime. One result of the probe was the expulsion of the Teamsters and two other unions from the american federation of labor and congress of industrial organizations (AFL-CIO).

The corruption uncovered by McClellan's committee also led to the passage of the Labor-Management Reporting and Disclosure Act of 1959, commonly known as the Landrum-Griffin Act (29 U.S.C.A. § 401 et seq.). This act sought to prevent union corruption and to guarantee union members that unions would be run democratically.

In 1961 McClellan investigated the fraudulent agricultural dealings of Texas businessman Billy Sol Estes. In 1963 McClellan was involved with the investigation of organized crime. During the hearings, Joseph Valachi, a member of an organized crime family, gave graphic testimony of its inner workings. McClellan continued to organize investigations as part of the Permanent Investigations Subcommittee until 1973, when he became head of the Senate Appropriations Committee.