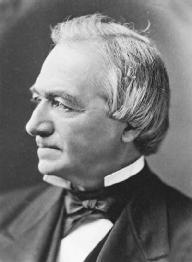 Joseph P. Bradley was appointed to the U.S. Supreme Court in 1870 in a successful move by President ulysses s. grant to pack the court, or fill vacancies on the bench with jurists who supported the president's actions. Grant nominated Bradley and fellow Republican William Strong with the almost public understanding that they would save the invalidated Legal Tender Act (12 Stat. 345, 532, 709). As expected, Bradley and Strong voted to uphold the constitutionality of the act. Bradley went on to serve as an associate justice for 22 years and, as was the custom, as a traveling circuit judge for the Fifth (Southern) Circuit.

The eldest of 11 children, joseph bradley was born March 14, 1813, in Berne, New York, and raised on a farm. He was given no middle name at birth; his middle initial was likely an expansion he made of his name to honor his father. He relied on his intelligence, ambition, and strong work ethic to make a name for himself in the legal profession. An 1836 graduate of New Jersey's Rutgers College, Bradley was a self-taught lawyer who was admitted to the New Jersey bar in 1839. In 1859, he received an honorary law degree from Lafayette College, in Easton, Pennsylvania.

Bradley's marriage to Mary Hornblower helped to open doors in the legal community. His wife's father, william hornblower, was chief justice of the New Jersey Supreme Court. Bradley built a successful law practice with a large business clientele that included the troubled Camden and Amboy Railroad. His expertise was in patent and Commercial Law.

Bradley's appointment to the Supreme Court on February 7, 1870 came shortly after the Court ruled that the Legal Tender Act was unconstitutional. In 1862, Congress had used the act to issue treasury notes as a substitute for gold in its efforts to pay off Civil War debts. Upon reviewing the legislation, the Supreme Court invalidated the issuance of the paper money, in Hepburn v. Griswold, 75 U.S. (8 Wall.) 603, 19 L. Ed. 513 (1870) (the first of what became known as the Legal Tender Cases).

Court observers predicted that Grant's new appointees would agree to reverse Hepburn because of their long-standing ties to commercial interests. They were right: Bradley and Strong did vote to overturn, thereby upholding the legality of the notes (Knox v. Lee, and Parker v. Davis, 79 U.S. [12 Wall.] 457, 20 L. Ed. 287 [1871], heard concurrently).

Bradley's Supreme Court and circuit court opinions often fail the test of time. Although his contemporaries praised him for his keen intellect and legal acumen, many of his decisions are, by today's standards, objectionable in outcome and reasoning.

For example, Bradley wrote the majority opinion in the infamous Civil Rights Cases, 109 U.S. 3, 3 S. Ct. 18, 27 L. Ed. 835 (1883), which declared the civil rights act of 1875 (18 Stat. 336) unconstitutional. The Civil Rights Act was established to ensure the equal treatment of African-Americans in public facilities and accommodations. In effect, that decision sanctioned racial Segregation and paved the way for discriminatory Jim Crow Laws.

According to the Court, civil rights legislation could not prevent discrimination by private individuals. Although the Thirteenth Amendment of the U.S. Constitution outlawed Slavery, and the Fourteenth Amendment barred racial discrimination by states, discrimination by private citizens was allowable, according to the Court. Bradley argued that prejudice was not amenable to legislation. If private business owners refused to serve or accommodate African-Americans, Congress could not force them to do so. In this view, purely private conduct was not covered by the post-Civil War constitutional amendments.

"The study of law [is] a subject of living interest and importance, independent of its attractions as a professional calling."
—Joseph P. Bradley

In a famous dissent, Associate Justice John Marshall Harlan pointed out that because the restaurants, inns, theaters, and hotels owned by private citizens are actually quite public, discrimination against African-Americans in these places should not be tolerated. Harlan's dissent was later used to bolster support for the Civil Rights Act of 1964 (42 U.S.C.A. §§ 2000 et seq.). In Bradwell v. Illinois, 83 U.S. (16 Wall.) 130, 21 L. Ed. 442 (1872), Bradley concurred in the decision to reject Myra Bradwell's bid to practice law in Illinois. Bradwell had studied law with her husband and had passed the Illinois bar examination. However, Illinois denied her Admission to the Bar because she was female. Bradwell appealed her case to the U.S. Supreme Court, claiming that the Fourteenth Amendment to the U.S. Constitution protected her right to practice in her chosen profession. The Supreme Court ruled otherwise. Bradley wrote in concurring dicta that God had created woman to be wife and mother, not lawyer.

In the slaughter-house cases, 83 U.S. (16 Wall.) 36, 21 L. Ed. 394 (1873), Bradley's dissent foretold the Court's changing philosophy on due process for businesses. In those cases, Louisiana butchers objected to a state law that allowed only one company to slaughter cattle in New Orleans. The Court sided with the state, but Bradley's dissent was later used to argue for the protection of commercial enterprises from state government intrusion.

Bradley was chosen in 1877 to sit on the Hayes-Tilden Electoral Commission to determine the results of the presidential election between Republican candidate rutherford b. hayes and his Democratic opponent, samuel j. tilden. Bradley was the swing vote; he replaced Justice David Davis, a political independent who could not fulfill his term on the electoral commission. Bradley had voted for Hayes, his fellow Republican.