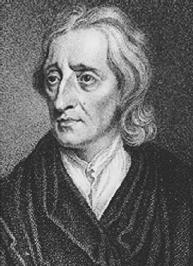 Feedback
Flashcards & Bookmarks ?
Please log in or register to use Flashcards and Bookmarks. You can also log in with
Flashcards ?
My bookmarks ?
+ Add current page to bookmarks
Mentioned in ?
References in periodicals archive ?
(5) Locke, John: Second Treatise on Civil Government, in Barker, E., Social Contract, Oxford, 1967, p.4
No natural rights, no liberal state, Treitschke and Locke
(26.) Locke, "Critical Notes upon Edward Stillingfleet's Mischief and Unreasonableness of Separation," in Locke, John Locke: Writings on Religion, ed.
Locke's accidental church: the letter concerning toleration and the church's witness to the state
In spite of his words on public school and his endorsement of a strict version of libertarianism, Feser repeatedly refers to Nozick's intellectual ancestors as "John Locke, John Stuart Mill, and Herbert Spencer" (4, 26).
On Nozick
Amongst the one-time Catford trainers present were Alison Ingram (now at Romford) and Ken Tester (Hove), along with Maxine Locke, John Simpson and Tony Taylor, all of whom are now Wimbledon-based.
Emotionall farewell at final Catford bash
Locke, John. [1689a] 1983.A Letter Concerning Toleration, ed.
The Sovereignless State and Locke's Language of Obligation