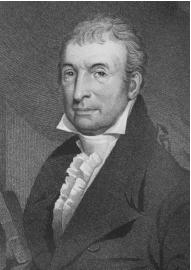 Luther Martin was a distinguished lawyer and statesman who played an influential role in U.S. law and politics during the early years of the republic. During most of his legal career, he served as Maryland's attorney general.

Most sources cite Martin's birth as being on February 9, 1748, near New Brunswick, New Jersey. He graduated from the College of New Jersey (now known as Princeton University) in 1766 and then taught school in Maryland for three years. In 1770, he began studying law and was admitted to the Virginia bar in 1771. He established a successful law practice in Maryland and Virginia and became known for his superior legal talents.

In 1774, Martin entered politics as a member of the Annapolis Convention, which was convened to formulate a list of grievances against the British government. In 1778, he was appointed to be Maryland's first attorney general, a position he would retain for most of the next 40 years. He attended the Continental Congress in 1785 and the Constitutional Convention in 1787. Martin opposed the idea of a strong federal government, preferring that power reside in the states. Unhappy with the final version of the Constitution, he opposed its ratification.

As an attorney, Martin achieved a prestigious reputation and argued several landmark cases before the U.S. Supreme Court. In fletcher v. peck, 10 U.S. (6 Cranch) 87, 3 L. Ed. 162 (1810), the Court for the first time invalidated a state law as contrary to the U.S. Constitution. The Georgia legislature had revoked a land grant that originally had been permitted by a contract. The Court ruled that public grants were contractual obligations and that they could not be abrogated without fair compensation. Chief Justice John Marshall based the decision on the Contract Clause of the Constitution (Art. I, Sec. 10, Cl. 1), which provides that no state shall impair the obligations of contract.

Martin also appeared before the U.S. Supreme Court in mcculloch v. maryland, 17 U.S. (4 Wheat.) 316, 4 L. Ed. 579 (1819), where he argued that Maryland had the right to impose a tax on a federally chartered bank. Chief Justice Marshall ruled against Maryland, finding that the state had no authority under the Constitution to tax any agency that has been authorized by the federal government. In Marshall's words, "the power to tax is the power to destroy." Such a power did not comport with the allocation of powers under the Constitution.

Martin also served as counsel in two politically charged cases. In 1804, he successfully helped to defend U.S. Supreme Court Justice Samuel Chase against Impeachment. Chase, a Federalist judge who had outraged Democrats with several decisions that appeared to be based as much on politics as on law, was acquitted at his Senate trial after Martin convinced senators that the impeachment itself was politically motivated.

In 1807, Martin represented Aaron Burr, who was accused of Treason. Martin argued that the charge was baseless and that it was motivated by President Thomas Jefferson's personal and political dislike of Burr. His indictment of the Jefferson administration helped to convince the jury to acquit Burr. Martin suffered a stroke in 1820, shortly after arguing McCulloch v. Maryland. Despite his stature and his successful law practice, Martin was insolvent. The Maryland legislature levied a $5 license fee on every attorney to help support Martin. In 1823, Aaron Burr took Martin into his home, where Martin lived for three years. Martin died on July 10, 1826, in New York City.