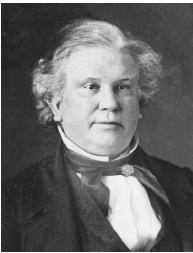 John Young Mason served as a U.S. attorney general under President james polk. He was secretary of the Navy during the Mexican War, chair of the House committee on foreign affairs, and an ambassador to France. While serving as ambassador, Mason was one of three U.S. ministers to sign the Ostend Manifesto, a written proposal to buy or seize Cuba from Spain that was later dismissed as an effort to extend Slavery in the United States.

Mason was born in Greensville County, Virginia, on April 18, 1799. His father was Edmunds Mason, and his mother was Frances Ann Young Mason. His grandfather was Captain James Mason of the Fifteenth Virginia Line. Mason graduated from the University of North Carolina in 1816 and attended the law school at Litchfield, Connecticut, for three years. In 1819 he was admitted to the Virginia bar and began practice at Hicksford in Greensville County.

In 1822 Mason moved to Southampton County, Virginia, and began a law practice that quickly became lucrative. In 1823 he was elected as a Democrat to the Virginia General Assembly, where he served until 1827. He served in the Virginia Senate from 1827 to 1831. Mason was also a member of the 1829 state constitutional convention.

In 1831 Mason was elected to the U.S. House of Representatives. While serving as a representative, Mason supported most of President Andrew Jackson's measures. He refused to vote to recharter the National Bank, even when the Virginia General Assembly pressed him to do so. As chair of the House committee on foreign affairs, Mason introduced a bill recognizing independence for Texas. He also supported naval preparedness during a time of adversarial relations between the United States and France. Mason served in the House until 1837, when he accepted a position as judge of the U.S. district for Virginia.

Mason was secretary of the Navy during the years of the Mexican War. Although he was an expansionist, he opposed incorporating Mexico into the United States and supported U.S. acceptance of the treaty signed with Mexico.

At the end of the Polk administration, Mason returned to his law practice in Richmond. He was elected president of the James River and Kanawha Company in 1849 and became an active advocate of efforts to rapidly extend the canal system in Virginia. In the 1852 presidential campaign, Mason publicly supported Franklin Pierce.

In 1853 President Pierce appointed Mason U.S. minister to France. In 1854, at the request of Secretary of State William L. Marcy, Mason met with James Buchanan, U.S. minister to Great Britain, and Pierre Soulé, U.S. minister to Spain, in Ostend, Belgium, to discuss the issue of Cuban uprisings. During this period U.S. leaders were bitterly debating the circumstances under which slavery should or should not be extended into new states. On October 18, 1854, Mason, Buchanan, and Soulé—who were pro-slavery— signed the Ostend Manifesto, a secret document proclaiming that Spain should sell Cuba to the United States and that, if it refused to do so, the United States had the right to take the island by force. The press published the document and ridiculed it as a clumsy plot to add new slave territory to the United States. Marcy subsequently dismissed the document on behalf of the Pierce administration.

Mason was reappointed U.S. minister to France when Buchanan became president, and he remained in that position, living abroad, until his death in Paris on October 18, 1859.