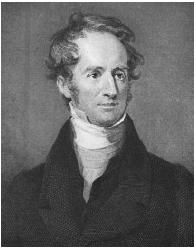 John McLean served as associate justice on the U.S. Supreme Court for thirty-two years, one of the longest tenures in the history of the Court.

"In the [Dred Scott v. Sandford] argument, it was said that a colored citizen would not be an agreeable member of society. This is more a matter of taste than law … [for] under the late treaty with Mexico we made citizens of all grades, combinations, and colors."
—John McLean

McLean was born on March 11, 1785, in New Jersey but was raised primarily near Lebanon, Ohio, where his father staked out land that later became the family farm. McLean attended a county school and later was tutored by two schoolmasters, Presbyterian ministers, and paid them with money he earned working as a farm hand. In 1804, at the age of nineteen, he began working as an apprentice to the clerk of the Hamilton County Court of Common Pleas in Cincinnati and also studied law with Arthur St. Clair and John S. Gano, two distinguished Cincinnati lawyers.

In 1807 McLean was admitted to the bar, married, and returned to Lebanon to open a printing office. He began publishing the Lebanon Western Star, a partisan journal supporting the Jeffersonian party. Three years later McLean gave his newspaper and printing business to his brother to concentrate full-time on the Practice of Law. At the same time, McLean, who had been raised Presbyterian, converted to Methodism, an experience that would have a strong impact throughout his life. He was active in church affairs and wrote articles about the Bible, and in 1849 he was named honorary president of the American Sunday School Union.

In 1812, after a year serving as examiner in the U.S. Land Office in Cincinnati, McLean was elected to the U.S. House of Representatives at the age of twenty-seven and was reelected two years later. During his two terms in the House, McLean was a staunch supporter of President James Madison and his efforts to wage the War of 1812. McLean, unhappy with the salary paid to members of Congress and wanting to be closer to his wife and children, chose not to run again in 1816 and returned home. Back in Ohio, McLean easily won election to one of four judgeships on the Ohio Supreme Court, a demanding position that required him to "ride the circuit," or hear cases throughout the state.

In 1822 McLean was again drawn to politics and made an unsuccessful bid for the U.S. Senate. Shortly after McLean lost the election, President James Monroe appointed him commissioner of the General Land Office in Washington, a direct result of McLean's earlier hard work to secure Monroe's nomination for the presidency. The position meant a large increase in salary and led to McLean's appointment the next year to the position of postmaster general. During his six years as postmaster general, McLean expanded the number of routes and deliveries, established thousands of new post offices, and increased the size of the U.S. Postal Service to almost 27,000 employees.

Though he served as postmaster under John Quincy Adams, McLean used his considerable political skills to establish ties with Andrew Jackson, who defeated Adams for the presidency in 1828. As a result, McLean was appointed to the U.S. Supreme Court, winning confirmation easily.

McLean remained interested in politics during his tenure on the Supreme Court and was even seriously considered as a nominee for the presidency at several national conventions, though his name was withdrawn from consideration each time. His last bid came in 1860, a year before his death, when he was one of the Republican party's candidates. The nomination instead went to Abraham Lincoln.

While an associate justice on the High Court, McLean wrote a number of significant opinions, including a strong dissent in the Dred Scott case of 1857 (dred scott v. sandford, 60 U.S. 393 (Mem), 19 How. 393, 15 L. Ed. 691). In Dred Scott, a slave sued his master for freedom after he had been taken to live on free soil for several years. The Supreme Court held that African Americans could not be U.S. citizens and that Congress could not pass legislation preventing Slavery. McLean, however, who had long opposed slavery, argued that Congress could exclude slavery from the territories and could also liberate slaves living in "free" states. McLean's most significant majority opinion came in 1834 in wheaton v. peters, a dispute between two of the Court's reporters of decisions (33 U.S. 591, 8 Pet. 591, 8 L. Ed. 1055 (Mem.) (U.S. Pa., Jan. Term 1834)). Richard Peters sought to republish decisions that had previously been published by Henry Wheaton, his predecessor. Wheaton, worried that he would sell fewer opinions and thus lose profits, sued Peters, alleging Copyright infringement. McLean, writing for the Court, held that the opinions were in the public domain and thus no copyright had been violated.

Though McLean enjoyed a long and distinguished career as a jurist, his personal life was less happy. Three of his four daughters died young, as did a brother, and he also lost his first wife in 1840. He and his second wife had one son who died only a few weeks after birth. Though McLean's own health began to fail as early as 1859, he continued to serve on the Court until his death from pneumonia April 4, 1861.

Feedback
Flashcards & Bookmarks ?
Please log in or register to use Flashcards and Bookmarks. You can also log in with
Flashcards ?
My bookmarks ?
+ Add current page to bookmarks
Mentioned in ?
References in periodicals archive ?
The hosts took the lead midway through the first half through Richard McLean, John Rogers then put the Saints on terms and this remained the score until Devonshire's key intervention two minutes from time.
Lewis opens up UK Can with hat-trick; Simbec Merthyr League
"We were missing Paul Straney, Stuart McLean, John Kenny and Dessie Gorman today.
Football: Evans above, Paul's back
Kenny McLean, John McGinn and Lewis Morgan have all been drafted into the squad for the clashes against Cyprus and Belgium next month.
CALL-UP JOY FOR FORMER BUDDIES
Back row, left to right: Nick Warriner, Daniel Low, Ryan Keeley, Callum McLean, John Warriner, Liam Jones, Liam Langford.
In the Frame
He has been credited for bringing through a raft of youngsters, including the likes of Jason Naismith, Kenny McLean, John McGinn and Stevie Mallan, who have all gone on to become a success at both the Buddies and south of the border.
Longwell and New York Red Bulls call it a day
"Replace them from the incredible pool of young talent we have at our disposal - guys like John Souttar, Ryan Jack, Kenny McLean, John McGinn, Jason Cummings, Kieran Tierney, Ryan Christie, Ryan Gauld, Blair Spittall, Sam Nicholson and Barrie McKay - and things would improve dramatically.
Hotline EUAN McLEAN ANSWERS YOUR CALLS
James Morrison, Ikechi Anya, Robert Snodgrass, Barry Bannan, Matt Phillips, Matt Ritchie, Shaun Maloney, Steven Naismith and new boys Kenny McLean, John McGinn and Oliver Burke could all be competing for three places behind a front two.
ELEVEN SENT; Our man Jacko picks his dream team for World Cup tie in Malta
MERSEYSIDE LAUNCH: Chief Superintendent Paul Forrester, newsagents Julie McLean, John Malone and Carl Robinson launch Liverpool's Be A Good Guy with firework's campaign Picture: TERRY MEALEY
Shops are rapped for fireworks
A dinner was held in their honour last night and was attended by, below clockwise from top left, Campbell Forsyth, Jackie McNally, Jim Mann, Tom Brown, Bobby Ferguson, Tommy McLean, John Smillie, Stuart Layburn, Sneddon and Ronnie Hamilton.
50 SHADES OF GREAT; The Saturday sitdown Tommy will never forget the day Killie ruled the land thanks to law of averages