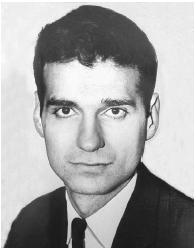 Considered the father of the Consumer Protection movement, Ralph Nader has had a great effect on U.S. law and public policy of the late twentieth century. Nader's advocacy on behalf of consumers and workers hastened into reality many features of the contemporary political landscape. The work of this lawyer and irrepressible gadfly of the powers that be, which began in the mid-1960s, has led to the passage of numerous consumer-protection laws in such areas as automobiles, mining, insurance, gas pipelines, and meatpacking, as well as the creation of government agencies such as the National Highway Traffic Safety Administration, the Occupational Safety and Health Administration, the Environmental Protection Agency, and the Consumer Product Safety Commission. Nader himself has founded many well-known consumer advocacy groups, including the Public Interest Research Group, the Clean Water Action Project, the Center for Auto Safety, and the Project on Corporate Responsibility. His goal in these efforts, he has said, is "nothing less than the qualitative reform of the industrial revolution."

"The most important office in America for anyone to achieve is full-time citizen."
—Ralph Nader

After Princeton, Nader attended Harvard Law School, where he edited the Harvard Law Record, and graduated with distinction in 1958. It was at Harvard that he first became interested in auto safety. After studying auto-injury cases, in 1958 he published his first article on the subject, "American Cars: Designed for Death," in the Harvard Law Record. It contained a thesis that he would bring to national attention in the mid-1960s: Auto fatalities result not just from driver error, as the auto industry had maintained, but also from poor vehicle design. Nader followed his law degree with six months of service in the Army and then a period of personal travel through Latin America, Europe, and Africa. Upon his return, he established a private law practice in Hartford, Connecticut created an informal legal aid society, and lectured from 1961 to 1963 at the University of Hartford.

Having worked at the local level for auto-safety regulations in the years subsequent to his graduation from Harvard, Nader decided to go to Washington, D.C., in 1964, where he hoped to have more influence. Through his friendship with Daniel P. Moynihan, who then was serving as assistant secretary of labor, Nader worked as a consultant at the department of labor and wrote a study that called for federal responsibility over auto safety.

Nader left the Department of Labor in May 1965 and devoted himself to completing what would become his most celebrated book, Unsafe at Any Speed: The Designed-in Dangers of the American Automobile. The book was published later that year and quickly became a best-seller. In it, Nader painted a grim picture of motor vehicle injuries and fatalities, noting that 47,700 people were killed in auto accidents in 1964. He made an eloquent appeal for federal car-safety standards that would both prevent accidents from occurring and better protect passengers in the event of an accident. The book also communicated a philosophy regarding public regulation of technology that would cause him to do battle on many other issues. "A great problem of contemporary life," he wrote, "is how to control the power of economic interests which ignore the harmful effects of their applied science and technology." Nader has devoted his life to solving this problem.

Taking some of his inspiration from the Civil Rights Movement, Nader stood up to the most powerful companies in the world. His book targeted the safety problems of the Chevrolet Corvair, a product of the world's largest company, General Motors (GM). He convincingly marshaled evidence that the driver could lose control of the Corvair even when it was moving slowly, thus making it "unsafe at any speed." The Goliath GM did not take kindly to the stones thrown by this David, and the company began a campaign of harassment and intimidation that was intended to abort Nader's efforts. Subsequent congressional committee hearings in 1966 revealed that GM's campaign against Nader had involved harassing phone calls and attempts to lure Nader into compromising situations with women. The company formally apologized before Congress for these tactics.

Many politicians in Washington, D.C., and many Americans were receptive to Nader's ideas. In 1966, in his State of the Union address, President lyndon b. johnson called for a national highway safety act. Later that year, Congress passed the Highway Safety Act (80 Stat. 731 [23 U.S.C.A. § 401 note]) and the National Traffic and Motor Vehicle Safety Act (80 Stat. 718 [15 U.S.C.A. § 1381 note]). The latter created a new government body, later named the National Highway Traffic Safety Administration, that oversaw the creation of federal safety standards for automobiles and was also empowered to authorize recalls of unsafe vehicles. In subsequent years, these laws and others for which Nader had advocated helped to bring about a marked decrease in traffic fatalities per vehicle mile. As the Washington Post exclaimed, on August 30, 1966, "[A] one-man lobby for the public prevailed over the nation's most powerful industry."

Nader's first work in the area of auto safety remains his most famous consumer advocacy. However, he has remained a tireless proponent of consumers' and workers' rights on many different fronts. Shortly after his triumph with auto regulation, Nader initiated a publicity campaign that helped to pass the Wholesome Meat Act, 81 Stat. 584, 19 U.S.C.A. 1306 (1967), which established stricter federal guidelines for meatpacking plants. By the late 1960s, he began to mobilize college students who joined him in his investigations of public policy and the effectiveness of government regulations. These young forces came to be called "Nader's Raiders," and many of them eventually rose to positions of influence in the government and in public policy organizations. By the mid-1970s, the various groups that Nader had created, including Public Interest Research Groups in many states, were doing research and financing legal action in relation to myriad public policy issues, including tax reform, consumer-product safety, and corporate responsibility.

During Ronald Reagan's presidency in the 1980s, Nader's influence in Washington, D.C., declined, particularly as the Reagan administration dismantled much of the government regulation that Nader had helped to establish. He did not give up his cause, however. In the late 1980s, he was again in the media spotlight, this time through his attempts to lower car-insurance rates in California and to block a proposed congressional pay increase. During the 1980s and 1990s, he also addressed the savings-and-loan bailout problem, well before it became high on the nation's agenda; opposed the use of chlorofluorocarbons (CFCs), which damage the ozone layer; and worked to prevent limitations on damages that consumers may receive from corporations through civil lawsuits.

Nader has run for president three times, including the 1992, 1996, and 2000 elections. In 1992, he entered the race as a write-in candidate. Four years later, he was nominated as a candidate by the Green Party, which has its strongest support in California. With political activist Winona LaDuke as his running mate, he ran a no-frills campaign, accepting no taxpayer money, eschewing advertising, and often traveling alone. He earned 684,902 votes that year, including two percent of the votes in California.

Nader ran again in the 2000 election. He raised more than $8 million for the campaign, some $30 million less than Reform Party candidate pat buchanan. Running again with LaDuke, Nader finished third in the election, with 2,882,955 votes, while Buchanan finished with 448,895. Several supporters have urged Nader to run again in the 2004 election.

Nader has written and edited dozens of books during his career, including Crashing the Party, which details his run during the 2000 presidential election. Other books include The Consumer and Corporate Accountability (1973), Corporate Power in America (1973), Working on the System: A Comprehensive Manual for Citizen Access to Federal Agencies (1974), Government Regulation: What Kind of Reform? (1976), The Big Boys: Power and Position in American Business (1986), and Collision Course: The Truth about Airline Safety (1994). He also has founded or helped to found a number of consumer and other advocacy organizations.

——. 1972. Unsafe at Any Speed: The Designed-in Dangers of the American Automobile. Rev. ed. New York: Grossman.