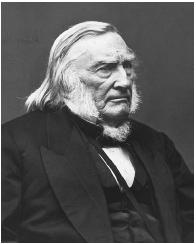 Nelson was born in Hebron, New York, on November 10, 1792. He entered Middlebury College, in Vermont, at the age of 15 and graduated in 1813. Nelson chose a career in law, and during his twenties he managed a successful private practice in real estate and Commercial Law that brought him political recognition. In 1821, he was the youngest delegate to serve in the New York state constitutional convention. His judicial career began in 1823 with his appointment as a judge to the U.S. Court of Appeals for the Sixth Circuit. In 1831, he began a 14-year tenure on the New York Supreme Court, during the last four years of which he served as its chief justice. (Since 1847, New York's highest court has been called the New York Court of Appeals.) There, Nelson developed a reputation for common sense and a belief in the limits of judicial power.

In 1845, President Tyler turned to Nelson in desperation. The president's attempts to fill a vacant seat on the U.S. Supreme Court had produced more than half a dozen nominees, all of whom had refused the nomination or had failed to win Senate approval. Nelson, a last-minute substitution, sailed through the nomination process.

Nelson believed that the Court should move cautiously in matters pertaining to the expressed will of Congress. He wrote the original majority opinion in the Dred Scott decision that upheld the institution of Slavery (dred scott v. sandford, 60 U.S. [19 How.] 393, 15 L. Ed. 691 [1857]). Nelson's opinion sought to avoid answering the highly controversial question of slavery. But under political pressure from Southern justices on the Court, his opinion was scrapped, and Chief Justice Roger B. Taney's inflammatory opinion was substituted. Taney's decision led to violent protest and deepened hostilities that ultimately led to the Civil War. Nelson died December 13, 1873.