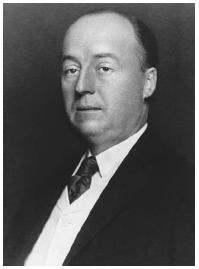 Knox was born to privilege on May 6, 1853, in Brownsville, Fayette County, Pennsylvania. His banker father, David S. Knox, financed commercial activities in the region around Pittsburgh. His mother, Rebekah Page Knox, was involved in numerous philanthropic and social organizations, and she encouraged her children in community service pursuits.

Knox's early education was in local private schools with the children of other prominent Pennsylvania families. He received a bachelor of arts degree from Mount Union College, in Alliance, Ohio, in 1872. While in college Knox began a lifelong friendship with future president McKinley, who was then district attorney of Stark County, Ohio. McKinley encouraged the young man's interest in the law, and arranged for him to read law in the office of Attorney H. B. Swope, of Pittsburgh.

After spending three years with Swope, Knox was admitted to Pennsylvania's Allegheny County bar in 1875. Shortly thereafter he was appointed assistant U.S. district attorney for the Western District of Pennsylvania. Two years later he formed a law partnership with James H. Reed, of Pittsburgh, that would last more than twenty years. In 1880 he formed an equally lasting marital partnership with Lillie Smith, daughter of Pittsburgh businessman Andrew D. Smith.

"The consciousness of possessing a giant's strength is a sufficient preventive against the tyranny of using it as a giant."
—Philander Knox

Knox's professional skills and personal style were well suited to the business climate of his day. He was intimately involved in the industrial development of the Pittsburgh region as well as the organization and direction of the companies forging that development. His efforts made him one of the wealthiest men in Pennsylvania.

Knox, along with many of his business and social peers, was a charter member of the South Fork Fishing and Hunting Club, on Lake Conemaugh, near Johnstown, Pennsylvania. The club erected a dam to create its private lake retreat. When the dam failed on May 31, 1889, an ensuing flood killed more than two thousand people and destroyed countless homes and businesses in its path. Author David McCullough noted in his history The Johnstown Flood that no money was ever collected from the club or its members through damage suits. But Knox's family contributed to the relief efforts, and Knox and other businessmen used their resources to help rebuild many of the companies and restore many of the jobs lost in the cataclysm.

By 1897 Knox had sufficiently redeemed himself to be elected president of the Pennsylvania Bar Association. In 1899 his longtime friend President McKinley offered him the position of attorney general of the United States. Knox declined McKinley's initial offer because he was heavily involved in the formation and organization of the Carnegie Steel Company, so the position went to john w. griggs.

When Griggs resigned in 1901, McKinley again offered the position to Knox. This time Knox accepted. He began his term on April 9, 1901. Within the year he brought an antitrust action against the Northern Securities Company, through which James J. Hill, John Pierpont Morgan, and others had attempted to merge the Great Northern, the Northern Pacific, and the Chicago, Burlington, and Quincy railroads. Knox guided the litigation through several appeals and made the winning argument before the U.S. Supreme Court (Northern Securities Co. v. United States, 193 U.S. 197, 24 S. Ct. 436, 48 L. Ed. 679 [1904]).

Later in 1901 he ruled against executive authority—and his own preferences—when he advised that game refuges in the national forests could be established only through legislation. He told President McKinley that he regretted having to make that decision: "I would be glad to find authority for the intervention by the Secretary [of Interior] for the preservation of what is left of the game … but it would seem that whatever is done in that direction must be done by Congress, which alone has the power" (Baker 1992, 405). Knox stayed on as attorney general under President Theodore Roosevelt. In 1902 he traveled to Paris to examine the title to a canal concession across the Isthmus of Panama. Knox validated a French company's questionable title (in a three hundred-page opinion) and opened the way for the United States to purchase the company's interests. The incident is often cited as an example of the law being manipulated by presidential prerogative. Knox reportedly said afterward that Roosevelt's plan to acquire the canal concession was not marred by the slightest taint of legality.

His service as attorney general ended June 10, 1904, when Governor Samuel W. Pennypacker, of Pennsylvania, appointed him to fill the vacancy caused by the death of Senator Matthew S. Quay. Knox took Quay's seat in the U.S. Senate July 1, 1904, and was subsequently elected to a full six-year term. During his term he was active and influential, especially in railroad rate legislation. He served on the Judiciary Committee, took a prominent part in a debate over tolls for the Panama Canal, and for a time was chairman of the Senate committee on rules.

He resigned his Senate seat March 4, 1909, to accept President Taft's appointment as secretary of state. Under Taft the focus of foreign policy was the encouragement and protection of U.S. investments abroad. Taft's approach, often called dollar diplomacy, was first applied in 1909, in a failed attempt to help China assume ownership of the Manchurian railways. Tangible proof of Knox's efforts in this attempt can be seen today in Washington, D.C.: the Chinese government gave him two thousand cherry trees that still blossom each spring. More successful attempts at dollar diplomacy were eventually made in Nicaragua and the Caribbean.

In March 1913 Knox returned to the Practice of Law. He did not last long. Just three years later, he announced his intention to seek a second term in the U.S. Senate. He was elected November 6, 1916. He was an outspoken opponent of the League of Nations, and he took a leading role in the successful fight against the ratification of the Treaty of Versailles at the close of World War I because, he said, it imposed "obligations upon the United States which under our Constitution cannot be imposed by the treaty-making power."

On October 12, 1921, Knox collapsed and died outside his Senate chamber in Washington, D.C. He was sixty-eight years old. He was buried near his home at Valley Forge, Pennsylvania.