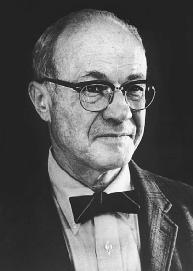 Henry Putzel Jr. served as the reporter of decisions of the U.S. Supreme Court from 1964 to 1979. Before becoming reporter, Putzel practiced law and served in a variety of important positions in the federal government. As an attorney with the Justice Department's Civil Rights division, Putzel worked to curtail racially discriminatory voting practices.

Putzel was born on October 8, 1913, in Denver, Colorado. He received his undergraduate degree from Yale University in 1935 and earned a law degree from Yale in 1938. He entered private law practice in St. Louis, Missouri but left in 1942 for a position in Washington, D.C., as an attorney in the federal Office of Price Administration. In 1945, Putzel transferred to the Justice Department, where he worked in the foreign-agents registration section. He moved to the department's civil rights section in 1948. Following the U.S. Supreme Court's decision in brown v. board of education, 347 U.S. 483, 74 S. Ct. 686, 98 L. Ed. 873 (1954), which overturned the separate-but-equal doctrine and struck down state-mandated Segregation of public schools, Putzel worked on enforcing School Desegregation. He also prosecuted individuals who had violated federal criminal civil rights laws. In 1957, he was named to head the voting and elections section of the Justice Department's civil rights division. He investigated allegations of racial discrimination in voting and election Fraud.

The U.S. Supreme Court appointed Putzel its reporter of decisions in 1964, the thirteenth person to hold the position. As reporter, Putzel was responsible for the accuracy of each opinion, the preparation of headnotes and a syllabus that summarizes the decisions, and the actual publication of each volume of decisions. During his 15-year tenure, he edited or co-edited 64 volumes (nos. 376–440) of the United States Reports. A major change in reporting procedure occurred while Putzel was reporter: The Court ordered the preparation of headnotes before the announcement of the decision, rather than after the release of the opinion, as had been the practice.

Putzel has maintained a low profile since his retirement in 1979. The Supreme Court Historical Society published a transcript of an interview that Putzel gave in the mid-1970s and made it available on its web site (www.supremecourthistory.org). The interview is a valuable historical document, as it captures a way of editing and publication that would soon give way to the personal computer. This technology has allowed the reporter of decisions to move slip opinions into the U.S. Reports more quickly.