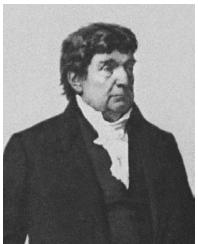 Lemuel Shaw served as chief justice of the Supreme Judicial Court of Massachusetts from 1830 to 1860. Shaw was a judicial pioneer. His long career as a judge coincided with a crucial period in the development of the United States, and his personal, idiosyncratic opinions fashioned legal doctrines that accommodated the tumultuous changes of the time. It is likely that no other state judge in the nineteenth century wielded the same influence as Shaw in the areas of commercial and Constitutional Law. This influence was not merely on law in his state: Shaw's ideas and precedents were adopted nationally. Many decades after his death in 1861, Shaw's ideas still affected Employment Law and civil rights cases. Born on January 9, 1781, in West Barnstable, Massachusetts, Shaw was the second son of the Reverend Oaks Shaw, who taught his son English, the classics, and the Bible. In 1800 Shaw graduated from Harvard University with high distinction. A brief writing career led to studying law with a Boston lawyer, and in 1804 Shaw was admitted to the bar in both New Hampshire and Massachusetts. Over the next two decades, he practiced some law while immersing himself in his home state's politics. He was by turns a Justice of the Peace, an ardent Federalist organizer, a delegate to the Massachusetts Constitutional Convention of 1820, and a state senator in 1821 and 1822.

Shaw's decision to devote himself fully to legal practice marked the turning point in his career. From 1823 on, he devoted himself to the practice of Commercial Law. The nation was in the process of transforming itself from an agrarian society into a modern urban industrial one. Alert to the changes underway, Shaw became wealthy and prominent as a lawyer to growing industrial concerns. In 1830, on the basis of this reputation, Governor Levi Lincoln offered Shaw the office of chief justice of the Supreme Judicial Court of Massachusetts. Shaw took the offer despite the sacrifice of a lucrative career and the prospect of long absences from his family.

"[While] the maintenance of separate schools tends to deepen and perpetuate the odious distinction of caste, … prejudice, if it exists, is not created by law, and probably cannot be changed by law."
—Lemuel Shaw

Shaw's opinions broke from precedent. In Farwell v. Boston and Worcester Rail Road, 45 Mass. (4 Met.) 49 (1842), he denied recovery of damages to a railroad worker whose hand was lost due to the Negligence of another worker. The injured worker had sued the employer. Shaw's concern was to limit the liability of employers, and he accomplished this by importing from English Common Law the so-called Fellow-Servant Rule. This rule protected employers from being sued in such cases on the theory that workers know that they take risks and that their salaries are compensation enough. By introducing to U.S. law this doctrine, which became widely popular, Shaw hoped to benefit the commonwealth with unhindered industrial growth. His decision helped frustrate injured workers' claims for more than a half century, until the advent of Workers' Compensation laws in the early twentieth century eviscerated the doctrine in most jurisdictions.

Yet Shaw was not against labor. In his best-known and most praised decision, Shaw cleared the way for labor unions to operate freely in Massachusetts. Commonwealth v. Hunt, 45 Mass. (4 Met.) 111 (1842), freed the state's unions from the prevailing judicial application of the law of criminal conspiracy to labor actions. In the twentieth century, the opinion has been hailed as the foremost nineteenth-century ruling on labor unions because it removed from them the stigma of criminality.

Shaw's views on Civil Rights were among his most controversial. He was praised by abolitionists and condemned by southern slave states for his opinion in Commonwealth v. Aves, 35 Mass. (18 Pick.) 193 (1836). Aves held that a slave brought voluntarily into the state became free and could not be required by his or her master to leave to return to Slavery. But subsequently, Shaw always denied writs of Habeas Corpus to free fugitive slaves. In 1849 he upheld the Segregation of black schoolchildren in Roberts v. City of Boston, 59 Mass. (5 Cush.) 198. As the first in a line of state and federal cases that supported school segregation, Shaw's opinion in Roberts was cited by the Supreme Court in 1896 when it upheld a Louisiana law requiring the separation of races in railroad cars in the infamous case of Plessy v. Ferguson, 163 U.S. 537, 16 S. Ct. 1138, 41 L. Ed. 256.

Shaw's thirty years on the Massachusetts bench ended with his retirement in 1860. He died in Boston on March 30, 1861.