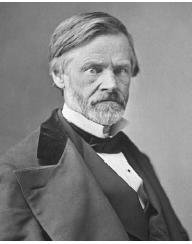 John Sherman was an attorney who devoted most of his professional life to public service. He served in the U.S. House of Representatives, the U.S. Senate, and the cabinets of Presidents rutherford b. hayes and William McKinley. An unsuccessful candidate for president, Sherman is best known for sponsoring the sherman anti-trust act of 1890 (15 U.S.C.A. § 1 et seq.), the landmark federal legislation that sought to prevent industrial monopolies.

Sherman was born on May 10, 1823, in Lancaster, Pennsylvania. His father was a judge and his older brother, William Tecumseh Sherman, became a renowned Union general during the Civil War. Sherman was admitted to the Ohio bar in 1844 and established a successful law practice in Mansfield, Ohio. Soon, however, his interests turned to politics.

Elected to the U.S. House of Representatives as a Republican in 1854, Sherman soon gained a reputation as an expert on government finance. He served as chair of the House Ways and Means Committee, the chief budgetary body, from 1859 to 1861. Sherman was then elected to the Senate, where he served from 1861 to 1877. From 1867 to 1877, he chaired the Senate Finance Committee.

During the 1870s Sherman's fiscal policies drew national attention. As a senator, he helped establish a national banking system, but he aroused the wrath of farmers in 1873 when he secured the passage of a bill that discontinued the coinage of silver dollars. As secretary of the treasury during the Hayes administration (1877–1881), he placed the United States on the gold standard. Ultimately, however, he was forced to compromise and support legislation that restored the silver dollar as legal tender. Although Sherman was a conservative, he was a master of political compromise, always willing to grant small concessions to his opponents. This skill, however, proved fatal to his higher political ambitions. He lost the Republican presidential nomination in 1880, 1884, and 1888.

Sherman was reelected to the Senate in 1880, serving until 1897. During the late 1880s, public concern mounted about the increasing concentration of economic power in monopolistic businesses. Sherman's 1888 presidential bid had focused on this problem, and in 1890 he became the author of the antitrust act that bears his name. The Sherman Anti-Trust Act deliberately contained general language that required the Supreme Court to define its scope. Though not always an effective tool, the act remains a central part of federal antitrust enforcement.

Sherman continued to be a force in government currency policy. In 1890 he sponsored the Sherman Silver Purchase Act (28 Stat. 4), which required the federal government to increase its purchase of silver by 50 percent. The act was designed as a subsidy for silver miners, but was repealed in 1893 in the aftermath of a financial panic.

President McKinley appointed Sherman Secretary of State in 1897, but Sherman soon realized that leaving the Senate had been a mistake. An opponent of U.S. imperial ambitions, he resigned on April 25, 1898, the day Congress declared war against Spain. Two years later, on October 22, 1900, Sherman died in Washington, D.C.