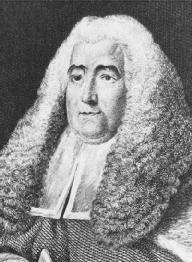 Feedback
Flashcards & Bookmarks ?
Please log in or register to use Flashcards and Bookmarks. You can also log in with
Flashcards ?
My bookmarks ?
+ Add current page to bookmarks
Mentioned in ?
References in periodicals archive ?
Nolan, "Sir William Blackstone And The New American Republic: A Study Of Intellectual Impact", 738, 51 New York University Law Review 731 (1976).
Blackstone's canvas of influence redux: did he contribute to the construction of ethics in American education law?
This book focuses on six men - Thomas Tyrwhitt, editor of Chaucer; George Tollet, country gentleman; Sir William Blackstone, distinguished lawyer; Thomas Holt White, retired ironmonger; Samuel Henley, translator of Vathek; and Francis Douce, Keeper of Manuscripts in the British Museum - who provided more than 1300 notes, some of them extended discussions of passages in the plays of the Renaissance dramatist.
Shakespeare's Midwives: Some Neglected Shakespeareans
Thomas Tyrwhitt was a creditable editor of Chaucer, Sir William Blackstone was Solicitor-General and author of an authoritative legal text, Samuel Henley translated Vathek, and Francis Douce was one of England's most redoubtable collectors of books for a public library (as well as consorting with political radicals, which this book never mentions).
Shakespeare Reshaped: 1606-1623
The decisions went all the way to the top, Wilkerson says, testifying that his meetings with Colin Powell revealed that President Bush "was involved in all of the Guantanamo decision making." Cheney's philosophy could be accurately summed up as the inversion of Sir William Blackstone's dictum, "It is better that ten guilty persons escape than one innocent suffer." Blackstone, the British Enlightenment-era author and common-law scholar, was a key influence on the U.S.
Bush administration imprisoned innocents, Col. Wilkerson asserts
To help answer that question and address the focus of this year's Oxford Round Table, The Influence of Sir William Blackstone on Business and American Education, I would suggest that we concentrate on principles as opposed to people, or perhaps better stated, on individuals who practice principles of a higher order, and should be recognized as true statesman, whether in business, government or education.
The legal mind and integrity in the workplace: principled prerequisites for statesmanship in leadership
Prest (ed.), The Letters of Sir William Blackstone 1744-80 (Seldon Society, 2006).
William Blackstone and the historians: Wilfrid Prest unravels myths perpetrated by historians about the great 18th-century lawyer
Sir William Blackstone underlined this cardinal rule of interpretation in his magisterial Commentaries on the Laws of England.
Swingers' clubs made lawful: the December 21, 2005 Labaye ruling
By the time of Sir William Blackstone in the mid-eighteenth century -- after the English Civil War and Glorious Revolution, and on the eve of American independence -- the supremacy of parliament was firmly established.
Taking from A and giving to B: substantive due process and the case of the shifting paradigm
Sir William Blackstone, English jurist and law professor (1723-1780), wrote in his famous Commentaries on the English Common Law that "no enactment of man can be considered law if it does not accord with the law of God."
Supreme Court's indecency interpretation unacceptable
Relatively few would have openly disagreed with the view of homosexuality expressed in Sir William Blackstone's famous Commentaries on the Laws of England (1765).
Morality meltdown: The culture war waged by America's liberal elite has taken our society far down the road to perdition. But it is not too late to turn back. (Cover Story: Culture War)
In the preamble, it unequivocally states: "Canada is founded upon principles that recognize the supremacy of God and the rule of law." Sir William Blackstone likewise held in his authoritative Commentaries on the Laws of England that the common law derives its moral authority from the natural law.
Exorcise Catholic dissenters