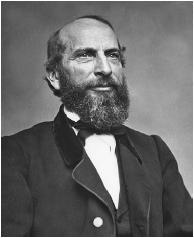 Speed was born March 11, 1812, in Jefferson County, Kentucky. He was the son of Kentucky pioneers John Speed and Lucy Gilmer Fry Speed and counted among his ancestors a Revolutionary War hero (Captain James Speed) and an English historian (John Speed). Speed attended local schools and then St. Joseph's College, Bardstown, Kentucky. After graduating from St. Joseph's in 1828, he was employed for several years as a clerk in the local circuit and county courts. Finding he had an interest in the law, in 1831, he enrolled at Transylvania University, in Lexington, Kentucky, for further study.

In 1833 he moved to Louisville, Kentucky, and opened a law office. He was also offered—and accepted—a teaching position at Louisville University. While living in Louisville, Speed met and married Jane Cochran, the daughter of a local wholesale merchant. With her encouragement, he ran for a seat in the state legislature and was elected in 1841. However, his antislavery opinions proved to be unpopular with many of his constituents, and he left the legislature after one term to resume teaching. Speed entered politics again in 1847. He was elected to the state legislature as the Emancipation candidate, then lost his seat in 1849 to a pro-slavery rival. Speed's early political fortunes in his home state were closely tied to Kentucky's internal pre–Civil War struggle over Slavery. As a border state, it experienced frequent shifts in the balance of power and popular opinion, between antislavery and pro-slavery forces.

In the years between his 1849 defeat and the beginning of the Civil War, Speed held a chair in the law department at the University of Louisville. There, he developed a reputation as a man of integrity and ability—even among those who disagreed with his antislavery views. When President Lincoln needed help to hold Kentucky in the Union at the outbreak of the war, he called on Speed.

Lincoln and Speed had met as young men and maintained a close friendship throughout the years. Speed's younger brother, Joshua Fry Speed, was also a confidant of Lincoln's and acted as the president's emissary with the Southern states on a number of occasions before and during the war. Kentucky's refusal to join the Confederacy can be largely attributed to the efforts of the Speed brothers.

When the Civil War began, Speed honored President Lincoln's request to recruit Union troops from Kentucky. He acted as the mustering officer in 1861 for the first call for Kentucky volunteers. Throughout the war, Speed worked tirelessly for the Union cause. In 1864 he was rewarded for his loyalty when Lincoln named him U.S. attorney general.

At the close of the war, Speed initially held a moderate view of how the Union should deal with the secessionists. But the assassination of President Lincoln caused him to develop a less forgiving stance, a tougher, Radical Republican position. After the assassination, Speed maintained that "the rebel officers who surrendered to General Grant have no homes within the loyal states and have no right to come to places which were their homes prior to going into rebellion." And in an 1865 opinion, Speed concluded that in killing Lincoln, John Wilkes Booth had acted as a public enemy on behalf of the Confederacy. He recommended that Booth and his accomplices be tried for their offenses by a military tribunal rather than a civil court.

Speed resigned his cabinet post in 1866 when he found himself opposed to the policies of President Andrew Johnson. Afterward, he toured the United States speaking about his friendship and professional association with the late president Lincoln.

"Peace is the normal condition of a country, and war abnormal, neither being without law, but each having laws appropriate to the condition of society."
—James Speed

Speed resumed his teaching duties at the University of Louisville in 1875. He continued to play a role in state and national politics, acting as a delegate to the Republican conventions of 1872 and 1876. His last public appearance was on May 4, 1887, when he delivered to the Loyal League of Cincinnati a speech on his association with Lincoln and his lifelong efforts to preserve the Union. Speed died at his home in Jefferson County, Kentucky, on June 25, 1887.

Feedback
Flashcards & Bookmarks ?
Please log in or register to use Flashcards and Bookmarks. You can also log in with
Flashcards ?
My bookmarks ?
+ Add current page to bookmarks
Mentioned in ?
References in periodicals archive ?
It may not be as good as Pele and Co, but Southall, Ratcliffe, Speed, James, Giggs, Curtis, Rush, Hughes and Bellamy isn't bad for starters.
An awful lot of water has gone under the bridge since 1958, so savour the moment
Clockwise from top left,Rachel Anderson, Harvey Speed, James Knight and Carol Parker.
GODIVA GLORY!
Blessed with blazing speed, James wanted to hone his technique for this week, particularly at the starting line.
Physical, mental challenges loom for James
"All the lads were really flying - but the bubbly went to Gary Speed, James Beattie and Billy Sharp."
Blades look to get back on track; EXCLUSIVE
His effort had followed successful kicks from Shola Ameobi, Martin Brittain, Gary Speed, James Milner, Steven Taylor and Titus Bramble, with not one Newcastle player failing to convert from the spot.
Aaron is a real cool guy when heat is on
Although never having reached the licence-losing top speed, James has found that the Bond is actually more stable when being steered through bends than driven in a straight line.
BITTEN by the bug
One clear benefit of the new satellite link is speed, James noted.
Wal-Mart cutting electric bills
Welsh internationals Gary Speed, James Collins and present national skipper Craig Bellamy have all played in the Welsh Schools Cup.
Football: Footballing youngsters focus on Welsh Schools' finals
Travelling across the globe at breakneck speed, James Zabiela has come a very long way in a very short space of time.
Mixing with elite world of top DJs
READY, STEADY, PLAY: Geoff Helliwell on the climbing net with (from left) four-year-olds Alfie Speed, James Owen and Hannah Cooper, and Val Middleton from the pre-school group.
Village is a better place to play now