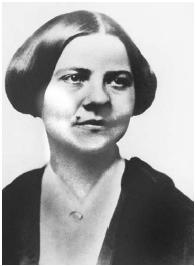 Stone was born on August 13, 1818, in West Brookfield, Massachusetts. Determined to attend college, she went to work as a teacher at the age of sixteen to earn money for the tuition. Nine years later she entered Oberlin College, the first coeducational college in the United States. While at Oberlin she formed the first women's college debating society. Stone was a fiery and forceful orator.

After graduating in 1847, Stone became a lecturer for the Massachusetts Anti-Slavery Society, one of the leading abolitionist organizations of its time. Stone became convinced that parallels existed between the positions of women and slaves. In her view both were expected to be passive, cooperative, and obedient. In addition, the legal status of both slaves and women was inferior to that of white men. Stone persuaded the society to allow her to spend part of her time speaking on the topic of women's rights. In 1850 she organized the first national Women's Rights Convention in Worcester, Massachusetts.

"The flour-merchant … and the postman charge us no less on account of our sex, but when we endeavor to earn money to pay all these, then, indeed, we find the difference."
—Lucy Stone

In 1855 Stone married Henry B. Blackwell, an Ohio merchant and abolitionist. The couple entered into the marriage "under protest"; at their wedding they read and signed a document explicitly protesting the legal rights that were given to a husband over his wife. They omitted the word "obey" from the marriage vows and promised to treat each other equally. Stone also announced that she would not take her husband's name and would be addressed instead as Mrs. Stone. This action drew national attention, and women who retained their maiden names were soon known as "Lucy Stoners."

After the Civil War Stone and Blackwell shifted their energies to women's suffrage. Although Stone was in agreement with Elizabeth Cady Stanton and susan b. anthony on the goal of women's suffrage, she differed as to the best way to secure the vote for women. In 1869 Stone helped form the American Woman Suffrage Association (AWSA). The AWSA worked for women's suffrage on a state by state basis, seeking amendments to state constitutions. Stanton and Anthony established a rival organization, the National Woman Suffrage Association (NWSA), that sought an amendment to the U.S. Constitution similar to the Fifteenth Amendment that gave nonwhite men the right to vote. Whereas the AWSA concentrated on women's suffrage, the NWSA took a broader approach, Lobbying for improvements in the legal status of women in areas such as Family Law as well as for suffrage.

Stone also helped found the Woman's Journal, a weekly suffrage journal, in 1870. She edited the journal for many years, eventually turning the task over to her daughter, Alice Stone Blackwell, in 1882. As editor, Stone focused on the AWSA's goal of suffrage.

In 1890 the AWSA and the NWSA merged into the National American Woman Suffrage Association (NAWSA). Stone became the chair of the executive committee, and Stanton served as the first president. In that same year, Wyoming became the first state to meet Stone's goal as it entered the Union with a constitution that gave women the right to vote.