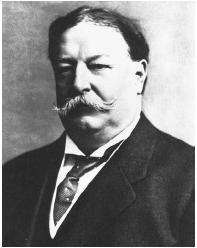 Feedback
Flashcards & Bookmarks ?
Please log in or register to use Flashcards and Bookmarks. You can also log in with
Flashcards ?
My bookmarks ?
+ Add current page to bookmarks
Mentioned in ?
References in periodicals archive ?
(21) William Taft in turn observed that the State Department Legal Adviser was likely excluded due to the fear, "in light of some of the positions we had taken, that we would not agree with some of the conclusions other lawyers in the [Bush] Administration expected to reach and that we might leak information about the work to the press." (22)
The torture lawyers
Leo Rialp brings to life General William Taft, Mabini's admirer and adversary.
DUP's latest musical 'Ang Huling Lagda ni Apolinario Mabini' opens Oct. 1
Take, for example, the band's (sort-of) homage to President William Taft, with its refrain of "Grease the Tub." In the best tradition of offbeat bands such as They Might Be Giants, The Van Burens take the absurdity of their premise and run with it.
Mix it up; Clubs
William Taft was the largest US president at six feet two inches tall and 326 lbs
DID YOU KNOW?
At 24 stones, William Taft (1909-13) was the heaviest President.
The week starts here...; ...For former American presidents, foster children made good and those legendary lovers
In 1912, President William Taft and his wife were away in Panama on Christmas Day.
Christmas trees in the White House once frowned upon
As a boy, President William Taft spent summers in Millbury visiting his grandparents.
A new home for old treasures; Historical Society Museum gets a facelift
1906: Secretary of War William Taft announces that he wants to get his weight down to 250 pounds.
GRIN AND BARE IT: A revealing history of public servants deciding to make the personal political